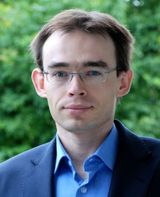 Electricity used for heating in the future must play a greater role in energy supply in Germany, not to an increase in the cost of energy production from renewable sources.

Analyzing the computational model of the energy system in Germany up to 2050 to such conclusions were reached by researchers from the Fraunhofer Institute.

The research based on the analytical model included all sectors and types of fuels.

The target of the project was the modeling of the energy system, in which, thanks to renewable energy and energy efficiency, greenhouse gas emissions can be reduced by 80 percent in 2050 and  at the lowest possible costs.